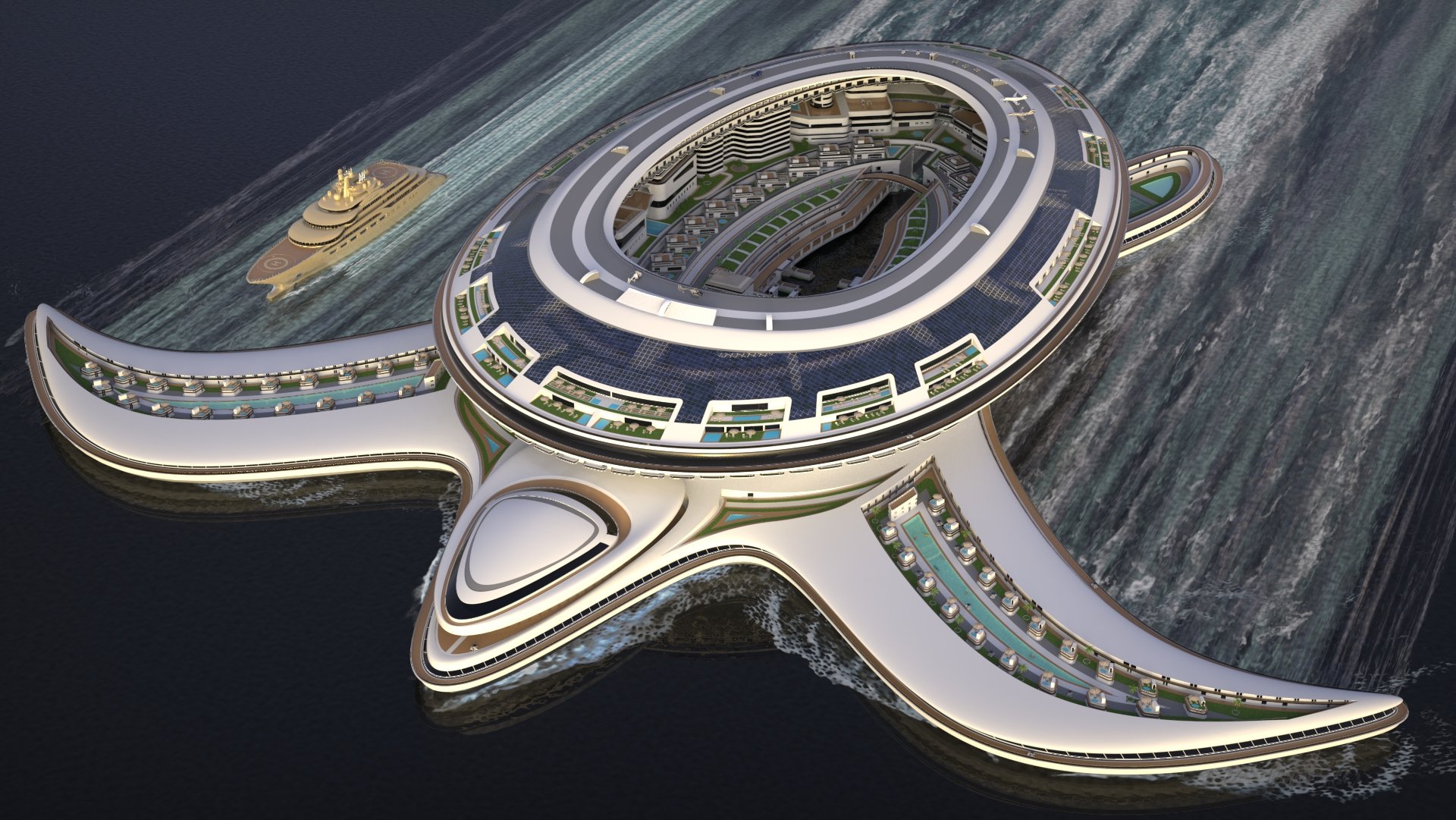 Italian design house Pierpaolo Lazzarini has revealed plans for a gigantic $8bn turtle-shaped terayacht, with Saudi Arabia as the proposed location for the project. If funded, the project would be the world's largest water structure. The Lazzarini design house is known for its ambitious luxury transportation concepts. Earlier this year, it unveiled a flying superyacht concept powered by helium, named Air Yacht.

The design house revealed that the “floating city of the future” is divided into blocks, featuring hotels, shopping centres, rooftop parks, beach clubs, and even aircraft ports.

The terayacht will house 19 private villas and 64 apartments on each of the turtle wings, and will be equipped with nine HTS electric engines, each capable of 16,800 horsepower, which would allow the massive structure to cruise at a speed of five knots.

The terayacht takes its name from Pangea, the supercontinent that existed millions of years ago during the late Paleozoic and early Mesozoic eras. Pangeos extends its length for 550 meters (1,800 ft) and measures 610 meters (2,000 ft) at its widest point — the wings. If realized, the vessel will become the world’s largest floating structure ever built carrying 60,000 people.