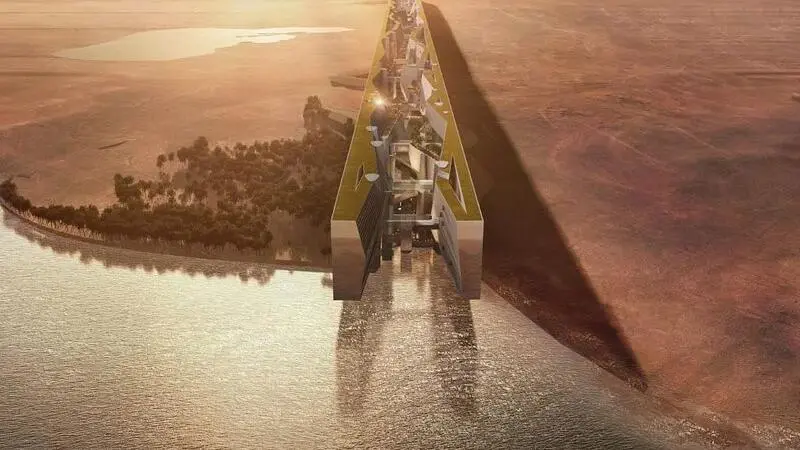 Imagine living in a vertical metropolis with no cars and a temperate climate, housed in twin high-rises more than 100 miles long, with hanging gardens and stunning views. In this Shangri-La, there’s no traffic or pollution, just green space, amenities and high-speed mass transit.

This week, Mohammed bin Salman unveiled new details about the project, versions of which he has been talking up for years, calling it a “civilizational revolution” that will challenge “traditional … horizontal cities.” Some 100 miles in length and one-eighth of a mile wide, the walled city would form the “infrastructure spine” of a wider megapolis, known as NEOM, planned for northwestern Saudi Arabia. This new project is called THE LINE.