A major step in getting NEOM ready for launch. 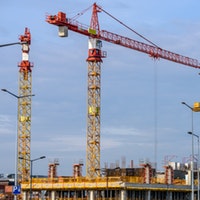 Critics have questioned the mega-project after previous efforts to build industrial and financial cities have struggled to take off. Construction of the $10 billion King Abdullah Financial District in north Riyadh began in 2006 but the 73-building hub remains unfinished. 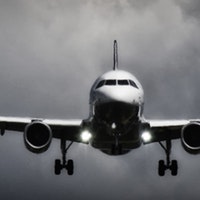 NEOM airport welcomed its first Saudi Arabian Airlines flight Thursday with 130 passengers on board, the Saudi Press Agency reported. NEOM, a $500 billion megacity in the Kingdom’s northwest, is a key part of Saudi Arabia’s vision to diversify its economy.  Passengers traveled to NEOM on two Airbus A320 planes to familiarise themselves with the area as they are working on the project. 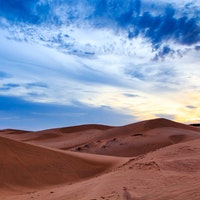 Rumours suggest the NEOM project is being pushed on to the backburner as the crisis caused by Khashoggi’s murder jeopardises the kingdom’s ability to attract the financing and high-tech skills needed for it and other developments.  Since the Saudi journalist’s killing, advisers to Neom including the architect Norman Foster have distanced themselves from the project, underscoring the political and reputational risk attached to being associated with the crown prince. 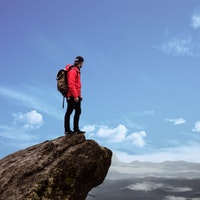 The mega sustainable project will also be situated to the northwest of Prince Mohammed bin Salman Natural Reserve, and is said to become a major tourism location, preserving environment and wildlife, reported the official statement.

Saudi’s PIF said that it will establish a company to develop the project according to international practices regarding environmental conservation and sustainable development. The new company will work towards creating sustainable tourism and related job opportunities, to support the Kingdom’s economic diversification.

An Indian delegation is due to visit Saudi Arabia on 26-27 November, 2018 as the Asian superpower seeks work for its local companies on the $500bn (SAR1.9tn) Neom, Red Sea Tourism, and Qiddiya entertainment megaprojects.

India’s Ministry of External Affairs is overseeing the delegation’s visit through its Economic Diplomacy division, with officials from Trade Promotion Council of India (TPCI) leading the event. Indian companies from the infrastructure and housing sectors are due to be in Riyadh for the two-day trip, with TPCI expecting them to “benefit from business contracts and investment opportunities that are opening in Saudi Arabia”.

NEOM, the mega project to be built on Saudi Arabia’s Red Sea coast, has entered the first phase of development with preparation works to develop the infrastructure of the first residential area.

Work on the first airport in the development is expected to be completed before the end of 2018 with the first bi-weekly flights operating at the start of 2019, NEOM said in a statement.  It is part of a general plan to establish a network of airports in NEOM that will include an international airport with world-class standards.

NEOM CEO Nadhmi Al-Nasr said: “We are working hard to ensure that the newly created towns and cities in NEOM will create new ways of living, economy, trade, innovation that at the end will make NEOM an ideal environment for all of its future residents.”

Former Shell chief executive and chairman of Swiss engineering firm ABB Peter Voser is the latest high-profile figure to distance himself from the advisory board of Saudi Arabia's $500bn £382.5bn) mega-city project Neom.

The move follows the exit of a string of global business and political leaders from an upcoming investment conference in Riyadh. International ties to the region have been breaking down amid an ongoing investigation into the death of well-known Saudi critic Jamal Khashoggi.

A spokesperson for ABB told City A.M. that Voser had decided to suspend his participation on the board in light of the current circumstances, while ABB chief executive Ulrich Spiesshofer will also not attend the event.

Norman Foster has temporarily stepped back from his role on the board overseeing the planning of a $500 billion mega-city in Saudi Arabia as questions mount over the death of journalist Jamal Khashoggi.  The international community is demanding answers over what happened to the Washington Post writer following his recent disappearance inside the Saudi Arabian consulate in Istanbul.

Foster had been named as one of 18 ‘global experts’ on the global advisory board for NEOM, a proposed desert mega-city in Saudi Arabia, described as the world’s most ambitious project.

But Foster has told the AJ he stepped away from the project last week. A statement from Foster + Partners reads: ’Earlier [last week] Lord Foster wrote to the head of the NEOM advisory board, stating that, while the situation remains unclear, he has suspended his activities in respect of the board.’